And suddenly I felt it move through my phalanges and to my shoulders-Zap! i just got electrocuted!
How so?
Earlier today my broken fridge came in after some days outside.
I plugged it to a source but didn’t put it on and went ahead to do some other things.
I came back to arrange the side where it usually stays and as I was doing so my arm touched the fridge and guess what?.. I got zapped.
Yea, so I was wondering why such would occur…
This was why;
The plug was connected to the switch and wasn’t put on but an escape current was moving through it and caused my zap.
This sprung something, 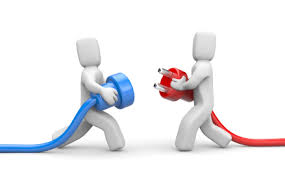 Is that minister still connected to His source?
Or freelancing on the privilege he had misused as a minister.
These questions slowly consumed my day as I decided to elucidate what it was.
Many ministers have begun to minister *their words to people and not *The Word,their actions are in agreement to the path of the bible which points out that- at the end of the age,many would begin to minister the opposite of the word,approve things that aren’t right and speak as though they were called to(false prophesiers) but actually aren’t and their love waxing cold.
Ministers of this kind are like the fridge that isn’t connected but shocks,they’re like people freelancing on the name *Minister.
As a minister that you are,what position do you find yourself- the freelancer or the minister?