Been a while people…
Well, nature really had it’s way but thank God I’m back.
Looking at something that has really been a major problem to us as humans…
I wrote on timidity as a chorister but it appears it doesn’t end there, it encroaches into our daily activities and gives a setback. 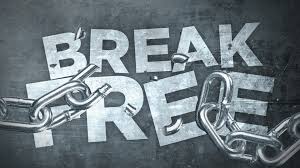 We’ll look at breaking free from this kind of virus.
As always i had a chat with a budding instrumentalist on his current improvement and it was expository, he was patient enough to explain that without practice, it wouldn’t be possible to try a syncopation but then he said, how would you learn something and not put it to use?
It won’t serve any purpose until you use it and timely this will not only show you have improved, it will boost your value to the person you work with. How will somebody from outside come and do what you know how to do  better be preferred over you? It shouldn’t be heard of.

He gave reasons for such actions out of which ‘fear of being’ insulted was curled.
Let’s go to school… The Newton’s first law of motion perfectly indicates that a body remains at a state of rest or uniform velocity until when acted upon by an external constraint. This is the problem in some cases, people are not used to the new you or the new improvements you’ve made so they tend to either speak up or react when you do them… This is where you have to do more work, the more you do it, the more you overlook their complains *so far you’re doing the right thing* the more they get used to it and inculcate it.

From the brief chat, Perseverance and Consistency were key to the change and acceptance. You would note, I didn’t tell you he was doing it with eye-service.
Do you really know what eye-service is ? click here

If  you want to break free, there are sacrifices you have to make, some might insult you, reject you and your improvement but it’s left to you to choose, whether to be better or to remain where you always were. 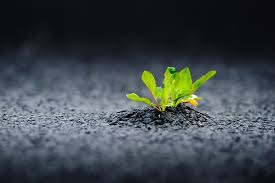 Just look at a plant, see the way it pushes the soil off to be seen…see the way it sheds its leaves to remain ever green, see how uneasy it is to uproot it when it’s fully grown.
That should be your make. Be dynamic,not remaining in one spot with just one skill. Be always fresh… every beat, every rhythm every thing you do… let it have a touch of your freshness and not other people’s – so they don’t overthrow you from what is rightfully yours.

Are you still looking out for the right time? NOW is the time to do it.
Then you’ll know if you’ve improved truly.
Right or wrong?

Fri Jul 21 , 2017
Good day people,Caught this and decided to share.Thank me later.. As one of the top vocal coaches in the country, I frequently hear: “What are […]