When you fail to live your life,you live someone else’s ..be yourself, so you can be corrected or admonished.. 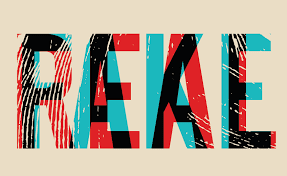 You see, there’s this wonderful friend of mine everyone knows she’s outspoken and at the same time tenderhearted and that is what I cherish so much about her,
I wrote about Camouflaged identity the previous time and now in continuation I will be showing how its associated with hypocrisy and mediocrity.

I’m sure you know what those two words are but for those still finding their meanings hard to figure out let’s take a look at this illustration:
Tade is a student in a government school, he doesn’t like to read,or do any of his assignments because he thinks he’ll do them later- Procrastination- but eventually doesn’t do any of his assignments. He goes to class and DUB (s) what an intelligent Tobi had written and passed. He continues with this and eventually succeeds but doesn’t really have an idea of what Tobi knows but claims to be smarter and more intellectual than Tobi.
In this brief story,mediocrity and hypocrisy are exemplified by Tade, how abi? A mediocre is actually someone of not much value or importance or significance. Research from my end has shown that a good number of these mediocres have no choice but to become hypocrites.

You want to know them abi?
You know that friend of yours that pretends; to know it all,to be holy,to be of good behavior or moral standings, but in actual sense is contradicting his true self; who knows nothing or is of an average mentality, who does evil,who secretly exemplifies unruliness.- that your friend is a hypocrite.

Back to the one whom I was describing… that thing I said I liked was her bluntness- she is a kind of person that is usually open to say her mind any way it comes and this has caused her more good than bad… You want to know why? in doing this,she found someone to help her- by cautioning her when she exhibits her behavior wrongly and the good thing is she’s getting better daily- she accepted it in good faith.
Where I’m driving to…

If you refuse to show yourself just like she did,you won’t get anybody to help you.
You’ll remain a hypocrite and a worsening mediocre. Do you remember the tax collector? he accepted first that he was a thief before he got changed by Jesus.
To give your life to Christ… ABC
A- Accept that you are a sinner first
B- Believe that you can be saved by Jesus
C- Confess Him as your Saviour.

If you fail to accept what you are,you fail to know who you can become.

This is what Jesus preached,
this is what should be followed naturally.
Okay lemme leave you with this-
how do you identify insane people? when they are identified, what do doctors do? eventually what becomes of them?

Do have a pleasant day!

WAIT!!! Have you seen what excuse really is? You should check this out!

Fri Jul 7 , 2017
I want to be a bit practical today… If you had the opportunity to write to GOD about something, what would you have written about? […]