So, i was in a rush for a lecture this morning and different kinds of things were just popping up.
Issues that just had TO BE SORTED OUT… you should know what I’m talking about but one particular one got me thinking.

You see, i was under pressure of submission of assignment and at the same time early morning lectures yet was being pressed. I decided to chill off in the gents- something i had thought wouldn’t take my time but was surprised when it wouldn’t cease. It was then that this thought popped up “WHEN IS THE RIGHT TIME”, I had actually began to question myself
‘…Why now… this is not the time this kind of thing should be happening’… and began to whine there until that thought popped in.

At first i smiled and then began to ask myself again… WHEN IS THE RIGHT TIME…. I began to remember the times i had been hooked and it took God’s intervention to get it off without being messed.. I began to think of those who had been praying for it,those who would almost kill themselves or starve themselves, but there I was- complaining.. I changed my thought and began to see the positive side of it.

I had once thought a time will come but was disproved!. The time will never come, you have to create it yourself. 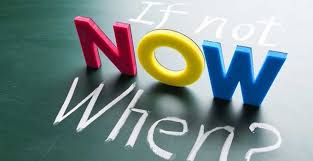 Don’t hesitate, it pushes you to procrastinate…When you do, you’ll always be late.. till you’re late!

Have you heard TWALE by Livingstone?
Or want your EVENT HERE

How to score a song

Fri Jul 14 , 2017
I saw this article and found it worth sharing here.It’s just what you need now… HOW TO SCORE A SONG EFFECTIVELY Some singers who do […]