Shobb's
Hope you’re having a wonderful day?
Something has kept creeping in my head and is becoming unusual considering how i see it.
Posted it in the group chat yesterday and is more like a prequel to THE BIG QUESTION i dropped yesterday?

Why should you go to church when you remain unchanged? It’s better you figure out before you become a figure head.

You see, it’s very painful when you see your fellow brother or sister speak or act in an unruly manner in public and the blame is not directed to that fellow but the religious organisation in which the person belongs.
You’ll hear all sorts and would begin to wonder.
There’s this couple you’ve known for a while now, they’re one unusual bunch- smiles today, curses the next minute, but term themselves as unified. You have one as a friend, a neighbour in fact, a relative yet they still go to the church and sing songs of praises and lay down in trembling voices hoping that one day they’ll be answered… hoping that one day mercy will be shown by God.
You see, no matter how hard you try as a couple to hide and not clean up your dirty linen, something will always look odd, something would always bring it out.
You’re that brother who secretly takes (sips) alcohol not for therapeutic reasons but for pleasure and you expect that beautiful bride to come your way- in the pub? (when its not a Yoruba movie.) or you’re sister see all, the vision- but still yet to be married waiting to be seen in a vision by Mr. Right? You probably might have lost it some way and gone left due to your character, so it seems every one you meets likes you but isn’t ready to place you type at home… You already know what to do…

YOU BETTER CHANGE YOUR WAYS...

Challenge: Are you busy or doing business?

Today, mercy is shown… No one pressurises your change to come than you, so go for it! You should know that as a couple not living in unity isn’t a favourable thing as it complicates matter and gives chance for animosity to set in, leading to destruction of the home and all that had been gotten by hard labour. Children born under such conditions usually have complications growing up as they pass through several emotional trauma which if not properly taken into consideration would eventually lead them into the claws of negative friends. Now you know one reason why you probably haven’t conceived… Are you thinking of those under such conditions who have conceived? They probably are being taught the hard way as they would think they have it all in control until it becomes vivid that they don’t.
Yo! brother, you admire the cigarette so much you can’t take less than three packs a day…kudos… your heaven is nearer than you think.. And for you who secretly takes it, what ever is done in the secret shall eventually be thrashed out in the open.

See this: Have you consecrated your heart?

You want a roommate or soul mate? You know of a truth that your roommate can always be found anywhere, even at the bar but your soul mate is just somewhere waiting patiently for you to retrace your step back to God, this i expect of you. 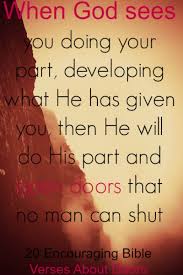 When those words set in

Wed Sep 20 , 2017
There’s no better way to enjoy an interaction with the aged if you know not ancient words.This piece touches me and ever-ly does, you should […]