WELL, I did miss you… Yes.. you reading this now.
Hope you’ve been good?
This post is more gisty…

So, I passed a street in mushin and was gobsmacked with what I came across.
Chill, cool your nerves and wait for it;
It was actually a church program in the morning… probably an anniversary, I had thought it would be the normal 4-6hrs and that’s all. Yea, it happened that after the 5th hour of churchy songs, there was a DJ in the *corner, waiting to do what he was paid to do.
So, like the other side of a coin, the place changed to a club, first was the pulling off of the garment of praise for assigned jerseys – who does an after party at a church anniversary with ‘soft smokes and hard drinks’?
Soon was the unexpected change in dance steps – Would you *rock a female in the church?…- Bizarre.

This setting really got me thinking…
Are these ones really in the fold? Questions similar to this and morning kept perambulating whilst I moved along.
But, like the bible says…
Who am I to judge?…
My heart sank in depression and an ugly look assumed my face- I guess the type that came up on Jesus when he saw the buying and selling in the temple.

My point is; Don’t let the question of doubt finish your faith. 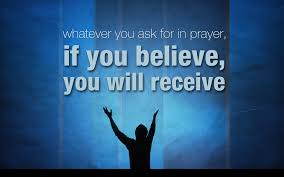 You’re to live a life worthy of emulation not one that fosters – unwanted pregnancies and the likes that bring disgrace to the Christian circle.
The truth is, You not only dress the way you’re to be addressed,
You live what you believe.
The simple question is, What’s it you believe?