Shobb's
Translocating could be an issue sometimes, especially when you don’t get a quarter to fill bus to enter and you’re in a hurry.
I was at the bus stop with I, as the only passenger seated and others standing
beside the bus patiently waiting for a bus that needed just one or two more passengers to move, some were fortunate but some weren’t, the not so cool thing was that, about 70% of them were heading towards my direction but were not willing to join me in the bus – it’s empty, they must have thought.
I almost got discouraged and wanted to alight but finally decided to stay, this decision was the savior. Soon People began to get in and half full, the bus zoomed off! (With those people still standing and making the “had I known” faces) 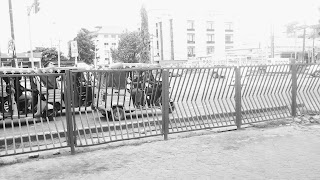 A simple moral, be careful not to follow the crowd foolishly… Hehehehehe, if only I had alighted, I would have stayed longer at the bus terminal,
Another is… To succeed, you have to participate- Don’t be like the ones who wanted to tag along with no effort, a little bit of patience would really go a long way, well, with participation.

A little longer,
than you know can change your situation,
that you live, gives room for repentance,
In prayers, can touch your day’s omission,
In praise, could elevate your countenance.

Jesus was so apt, he stayed a little longer when he heard of lazarus’ ailment,
He vividly wept at his tomb,
Yet delivered him from Hades
A little longer than three days.

Sometimes, your patience might be the one being put to test, Saul was wise in his wisdom to carryout a priestly duty for a battle some minutes to the entry of the priest (1st Samuel 13: 9-10 — Saul). And Uzziah in his folly and pride, who attempted to try it again, got his reward on the spot. (2nd Chronicles 26: 18-21 — Uzziah)

Waiting rightly, does not make you a fool, it only illuminates your wisdom. – me.

You could be on the ground breaking project,
If only you could wait,
I’m not saying – Wait, when you know you are heading nowhere, I mean, be persistent and persuaded that whatever good you set your heart to do… With Christ as the one who bequeathed it to you, would end up a bunch of greatness, if only you could wait a little longer.
A little longer would do!

Picking lessons from your day…
What do you think would have been a great lesson to share from your day?
Hit my comment box, Would you?

So, you think your etiquette is lit?…
Compared to this? Check it out! 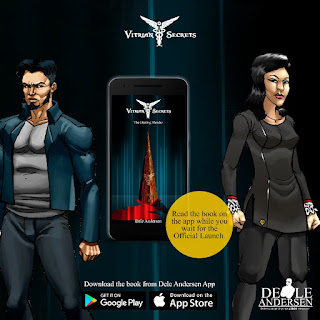 Have you read ‘The Healing Mendez – Free Book’ from Dele Andersen? Get a taste of the adventure by downloading the app.