Shobb's
Sup friend!
Been a while, Yea?

Some days ago we were preparing for a Sunday service and it was certainly something we had never done before. Our concern was on making it memorable, we had rehearsed or rather, practiced a special song and were preparing for the worship and praise session, literally we were ready before the last rehearsal till it happened.

Prayer?
I had prayed my heart out severally concerning the program, I had carried out my part in the conversation… I only did not wait for the reply. 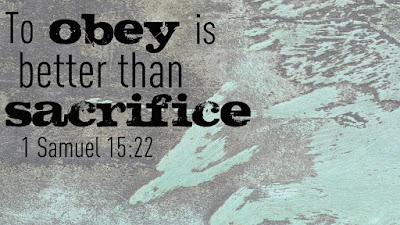 During the course of the week, I had had the opportunity to listen to an open talk on hearing from God and how insane some of the things heard might be. I was also privileged to listen to life story of benefits of obedience and outcome of disbelief or delay as some may put it.
It certainly was a challenger for me…
And guess what?! I took it up blindly.

What happened at the last rehearsal?
A shocker! Every arrangements scattered and all I could do was sit and mutter some words of prayer and encouragement – like everyone else would do when faced with a pulse pulling situation.
I was scared, “the program is going to be a disaster” I thought, I spoke to my friend and he was giving me bits of advice – it is well, it would go well… Yet, I wasn’t convinced until I lost my writes!

How? I dunno.
I had pleaded with some friends to stay behind to rehearse my session but opening my note (on mobile) they all began to self delete – Twas OdD. We couldn’t do anything and I was more dejected and became ‘the consoled’.
Home was calling, and my heart was heavy, I really wanted to fill my pillow with tears but… It didn’t happen that way, rather, something dropped into my subconscious self and I began to tell my friend…

What if God was trying to speak to me?
What if all He was asking for was – let me lead?
What if that was why he wiped my writes?
Could they have been my punishment for disobedience?

And at that spot, I just pushed all and let them slide, I was done thinking too much about the program.

Alas! The program went well. And it was really nice, we couldn’t have made His glory appear in a much unique way. I was delighted. I took it as an affirmative situation that all was actually a way to get to me at the end.

I received a notification two days after the event held. The writes were back! In the same note I saw empty… I saw them all back in different categories as I had aligned them before and my heart skipped. It had just confirmed the series of events that took place.

This, is my miracle!
Not everyone gets a second chance, remember when you mistakenly wiped your memory card… That feeling? Yes, that’s what I felt, unlike you, I got my writes back.

Soon, I’ll start sharing songs that have been just awesome, I hope you would like it!

Tue Oct 2 , 2018
This was actually written for October 1st, do enjoy and be challenged! Once in dependency we florished;though we lived not in a land with milk […]