Shobb's
Everyone feels indeed pressed by what’s going on around them, and most times become prey to their temptation. This succinct piece depicts the flow from being a low self esteemed personality to a path of increased self worth. Lemme not spoil it for you. Enjoy! 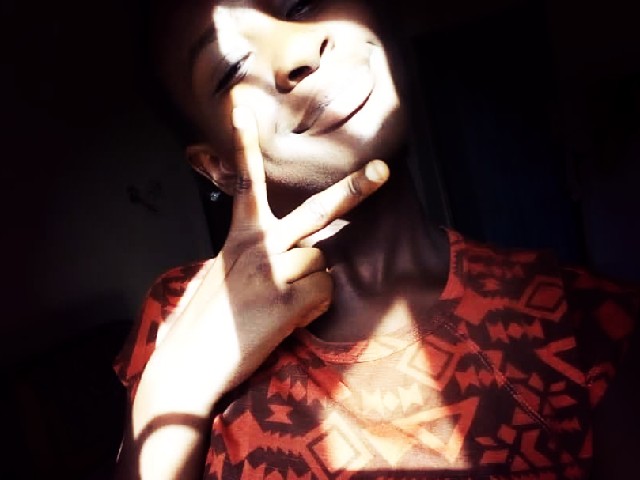 “Perseverance Breeds Success” was its motto
Though most mornings it didn’t pull up in a motor.
From the first day I could tell that the place was a hell,
Mama believed this school was the best
But I really wondered how much more strokes I had to chest.
I always told my crew that they were amazing the way they were
Though most times I’d wish I could say the same for myself.

In Junior High I was the Opera of the class and everyone knew
They said “You’re lit, you’re the bomb. Its definitely you!”
But…
They also said “No matter how much I ate I was still skinny”
Then the voice in my head would yell “Abeg just leave me!”
They said I needed no heels cos I was a 5″ 7
As if my height would take me to heaven,
And so the block heels and stilettos were ditched for years; and all because of my fears
I let my esteem be raided by those who wished they had some of it.

I was stark so I wore a sweater to feel better.
I had small boobs so I hid in the books
And in the race of arse na me carry last,
I was known as the girl who wore a sweater and it wasn’t subject to weather.
Baggy clothes were my style so I’d be safe from staring eyes;
They’d never know what’s in, their curiosity would never rise
But what was supposed to be my comfort zone became my selling point.
My safe zone wasn’t safe so I longed to be free
From its cage, a bird would fly and that could be me.
Like Noah I could venture it stay in the ark,
And so all my fears I stacked in a sack.

Mama said beauty lied in the eyes of the beholder
And so I realized that they were all blind folks,
But they weren’t devils nor rebels
Not Cains instead were Abels;
Except that their sacrifice was not right cos they too were in fright
And their laughter was out of joy of finding someone alike not out of mockery -as I thought.

Years passed and so victory at last!
So as I turned up on grad, they never expected it
And at the end of it, they all accepted it
Cos my black dress signified I was no longer in the dark
Stilettos; that I was higher than my fears
And the makeup didn’t cover insecurities cos they were no longer there
This time when they said I was beautiful I believed it not really because they meant it
But because I knew it and felt it

And so the next time I’ll pick up a sweater
I’ll make sure its subject to weather…
Or still, cos I feel it’s better.

Not another Slay Mama but the sweater girl y’all know…

Do well to drop a comment!
If you haven’t had a feel of Her Wrestling. Click here